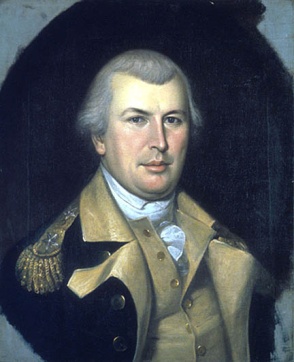 When I was younger, family members would always note with pride that we were related to Nathanael Greene, George Washington’s number two during most of the Revolutionary War.  He is my second cousin, eight times removed.  Only recently have I undertaken to research more about the Revolutionary War and Greene’s contributions to the founding of the United States of America.

What follows in this link is a short biography of a Quaker with a limp from the smallest British colony in North America who became a gifted military strategist and rose to become a legendary general of the American Revolutionary War – second in esteem only to George Washington himself.

Greene did it all during the course of the war.  He was commander of the city of Boston in 1776 once it had been evacuated by the British; during the remainder of 1776 he commanded Fort Lee in New Jersey and Fort Washington in New York; he served as Quartermaster-General of the Continental Army from 1778-1780; he succeeded Benedict Arnold as commander of West Point in late 1780; and lastly, after being recommended by George Washington and approved by Congress, Greene assumed command of all Continental troops from Delaware to Georgia beginning in December 1780.  By the end of the war in 1783, Greene and Washington were the only two generals to have served the entirety of the eight year war at the rank of General.

One can only speculate about what else Greene might have achieved in service to his country, but his life was cut short tragically at the young age of 43 of heat stroke.

Filed under All Families, Greene